Me Jean-Marc Reymond and Me Delphine Deschenaux-Rochat successfully represented an international sports federation before the Court of Arbitration for Sport (CAS), in Lausanne, in proceedings brought by the President of one of its member federations, who had been found guilty of violating the Code of Ethics for entering into a vote-buying agreement in the run-up to the election of the Federation’s president.

The CAS unanimously confirmed the decision taken by the Federation’s Ethics Commission, which had imposed a two-year suspension from holding any office or position, including in the member federations, on the person concerned. 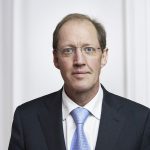