Neural Concept raises $ 9.1 million in a Series A financing round

Neural Concept SA, a spin-off from EPFL developing a deep-learning software dedicated to computer-aided engineering and design, has closed a $ 9.1 million Series A financing round. The Series A round includes investments from venture capital firms Alven and Aster Capital as well as existing investors CNB Capital and High-Tech Gründerfonds. The funds will be used to support the company’s growth and support large scale deployments within key customers’ toolchains (cf. Neural Concept’s press release).

Reymond & Associés had the pleasure to provide legal assistance to Neural Concept on this financing round. Congratulations to Pierre Baqué and his team for this success! 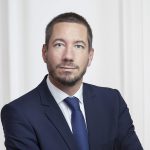